Drive-in cinema to open in SM Mall of Asia

Establishments where people normally gather have been struggling a lot lately – we’ve seen too many bars and restaurants closing down for good.

Fortunately, cinemas in the Philippines may be finding a way to adapt to the current pandemic, as another drive-in cinema will open at the concert grounds in SM Mall of Asia (MOA) in Pasay. 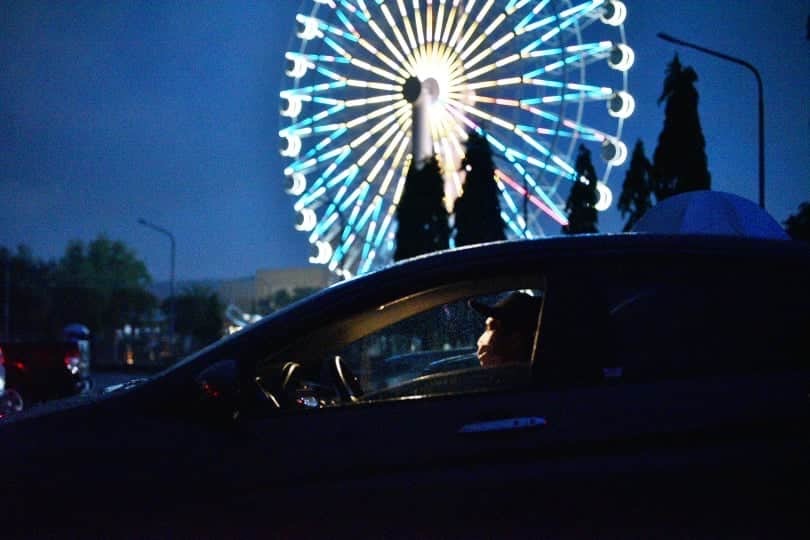 A moviegoer at the Drive-In Cinema in SM Pampanga

Moviegoers in Metro Manila can now marvel at a big screen while eating popcorn in the comfort of their vehicle.

After first giving us a taste of an old-fashioned drive-in movie house at SM Pampanga’s Amphitheater in July, SM will open another drive-in cinema at Block 16 of the MOA Concert Grounds on September 9. This comes as Metro Manila is back to General Community Quarantine (GCQ).

Movie screenings are from Wednesdays to Sundays 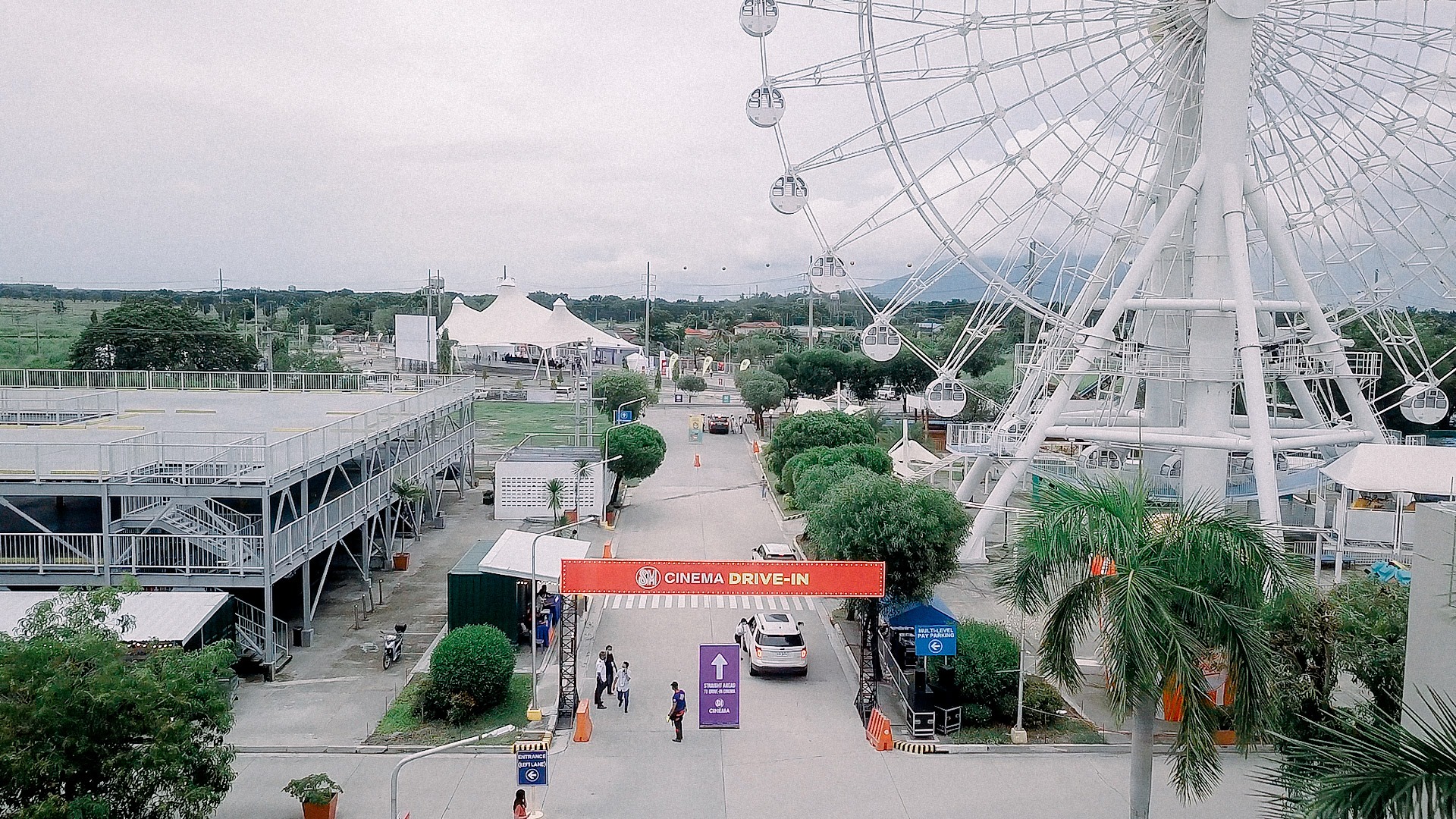 From Wednesdays to Sundays, you can drive to the cinema along with 1 to 3 companions. Tickets cost P400 (~USD4.11) per person and each includes regular popcorn, bottled water, and beef franks.

Further details have yet to be announced by the management of the MOA cinema, but the drive-in cinema in SM Pampanga has conducted 2 movie screenings per day, one in the afternoon and in the evening, to give you an idea of what we might expect at the MOA. Keep up with social distancing rules even if you’ll be watching inside a vehicle – don’t forget your face mask and face shield before leaving the house. And to be safe, as going out these days has been more complicated than usual, bring your necessary documents such as your valid government IDs along with your quarantine passes. 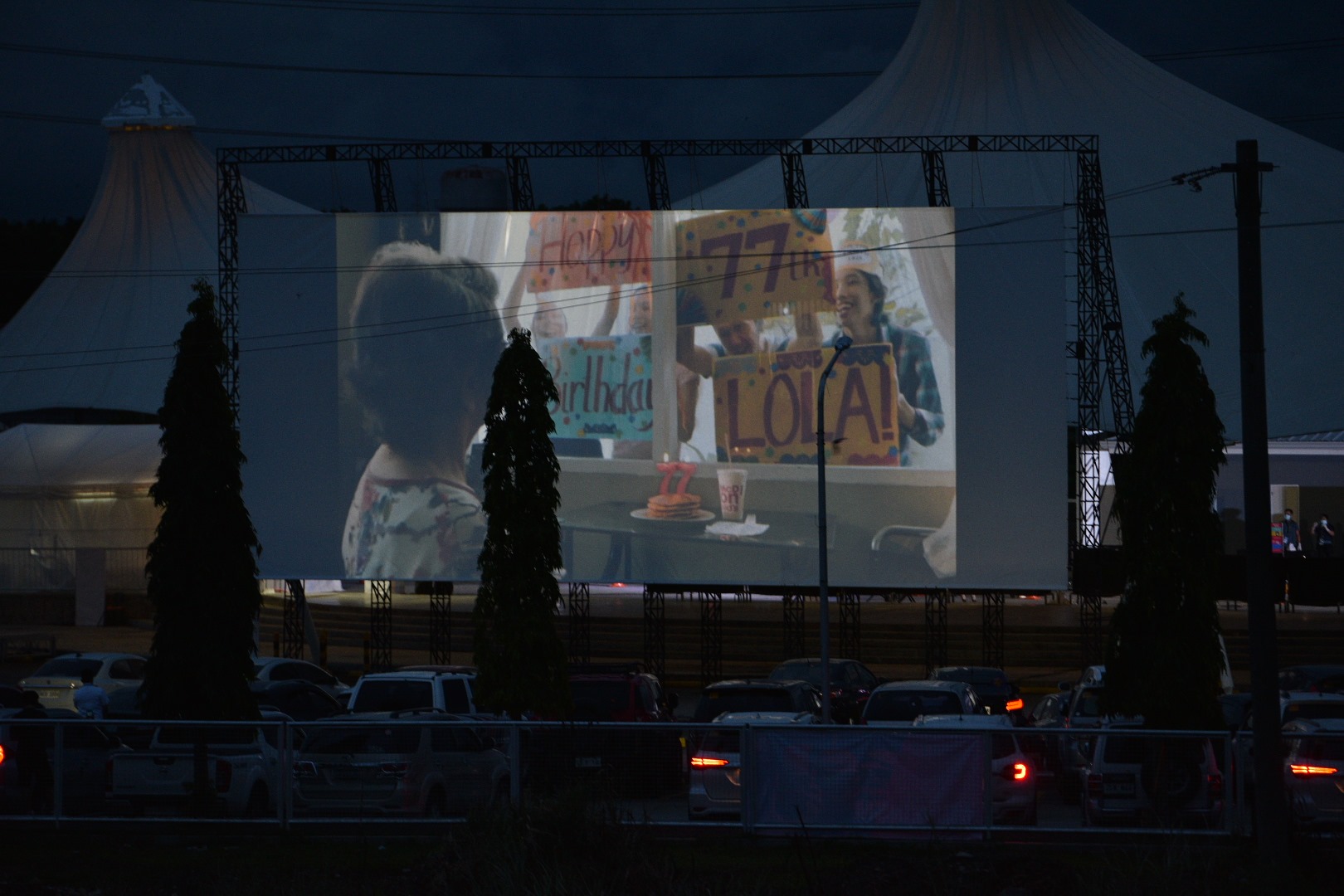 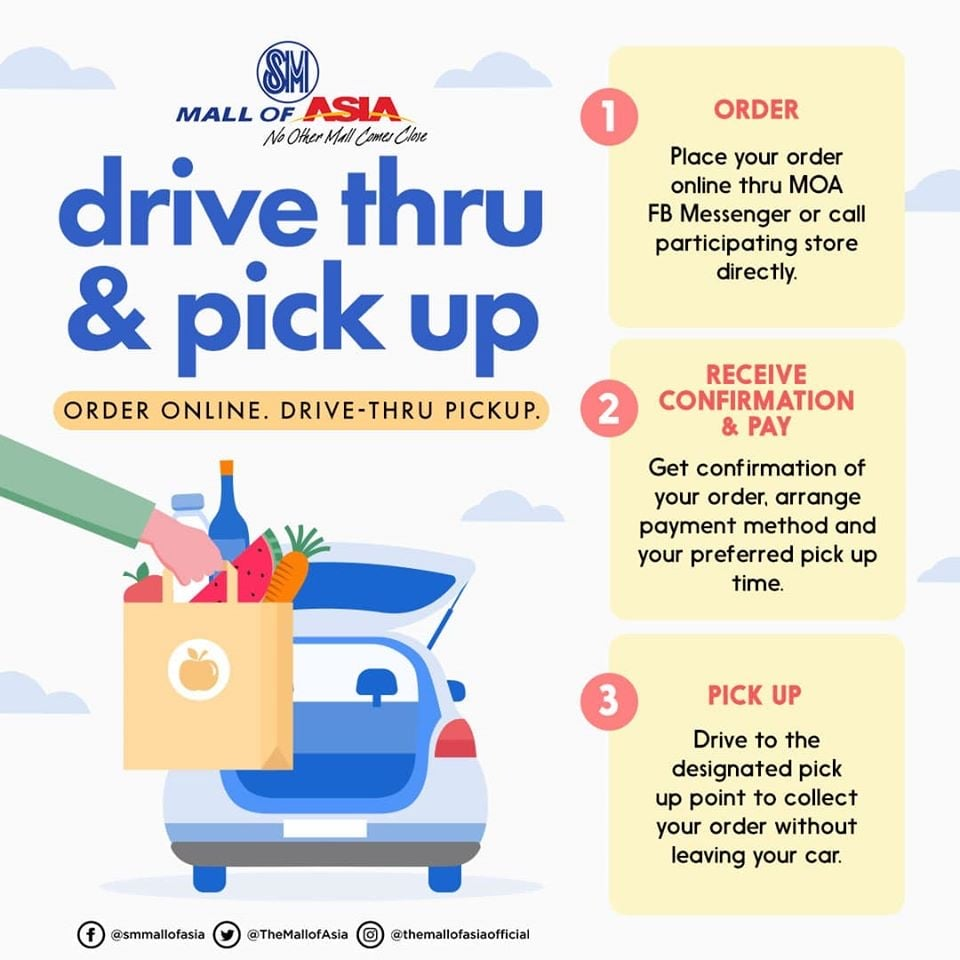 Aside from the drive-in cinema, SM Mall of Asia is also offering a drive-thru and pick-up service for when you want to buy something from any of their stores but want to be extra cautious.

Place a query first via the MOA FB Messenger if the store you’re looking forward to buying an item from is participating in this service. After placing your order and making payment, you can choose your pick-up time and get your goodies. Perhaps that’ll be the next best thing to strolling through the mall’s 432,891 sqm of stores at this time.

Watching movies in cinemas during COVID-19

Leisure activities in public spaces have indeed been limited due to the ongoing health crisis.

Thankfully, watching movies in cinemas isn’t yet an extinct pastime, thanks to drive-in cinemas being revived today by our local supermalls. 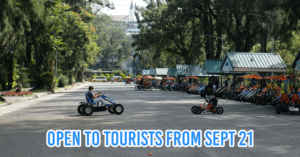 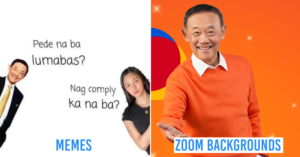