Every country has its own set of traditions to follow for the Yuletide season, but Filipinos do it best. After all, we celebrate Christmas for longer than any other country in the world. With a uniquely lengthy holiday, we’re bound to have more local Christmas traditions than usual.

With Christmas fast approaching, we’re here to remind you of everything you can expect during an iconic Filipino Christmas season.

1. Starting Christmas in the -ber months 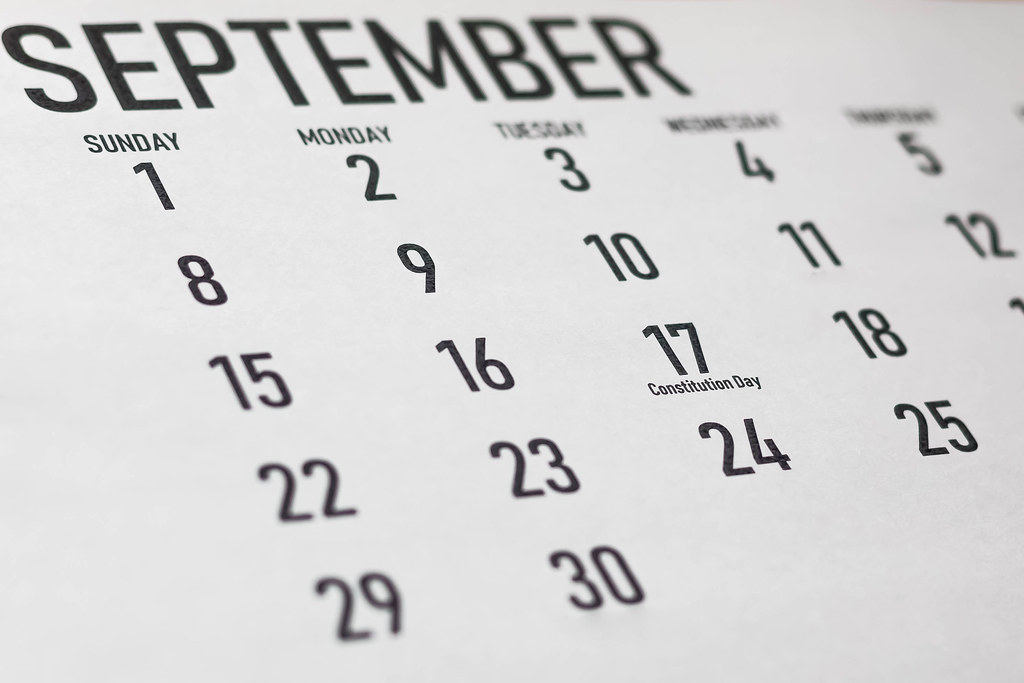 There’s no textbook explanation for why we celebrate Christmas so early, but there are theories. Perhaps it’s because of our predominantly Catholic beliefs, but then again, advent only starts in December.

2. Setting up a Belen 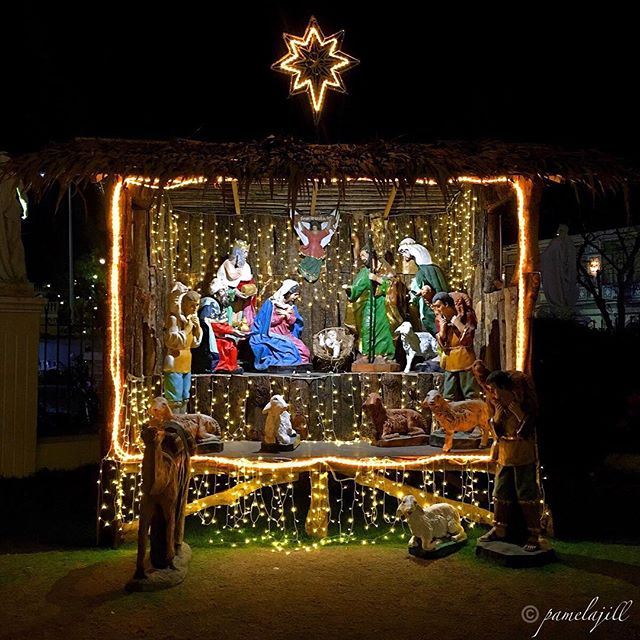 In most countries, nativity scenes – also known as the belen – are only set up in churches or other religious spaces. But in the Philippines, it’s common to find it everywhere. In fact, every Filipino household will have one set up during the festive season.

A complete set is comprised of baby Jesus, Mary, Joseph, the Three Kings, as well as every barn animal you can think of, but many belens exclude the last two since they’re not as essential. Whether it’s made of the original porcelain or recycled materials, you’ll see one in schools, building lobbies, and homes. Some schools and barangays even hold competitions for the best belen, making for some lavish displays.

3. Adorning buildings and posts with a parol 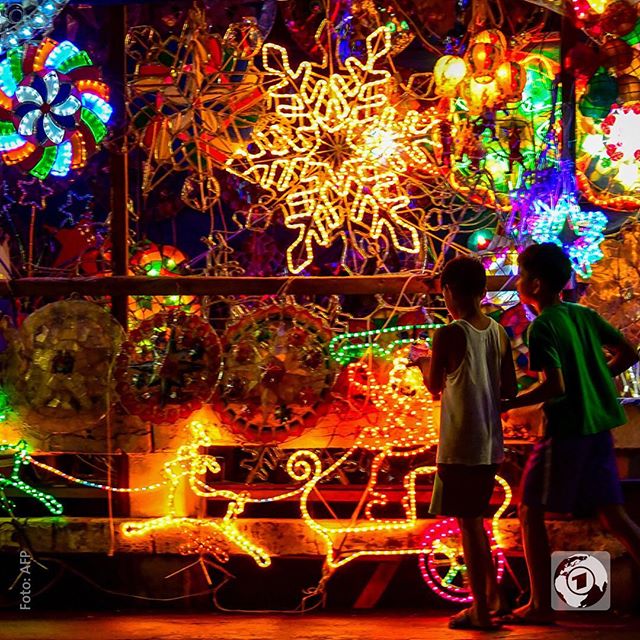 Everyone knows about Christmas lights, but the Philippines has the parol, a Christmas ornament unique to us. Traditionally, parols come in the shape of a big circle with a star in the middle, but you can also choose from various designs like stars and flowers. It can also be made from different materials like plastic, wire, wood, or even recyclable materials.

The parol was originally made to hang on lamp posts to guide mass-goers to Simbang Gabi, but now they can be found everywhere like outside houses, in malls, and offices. 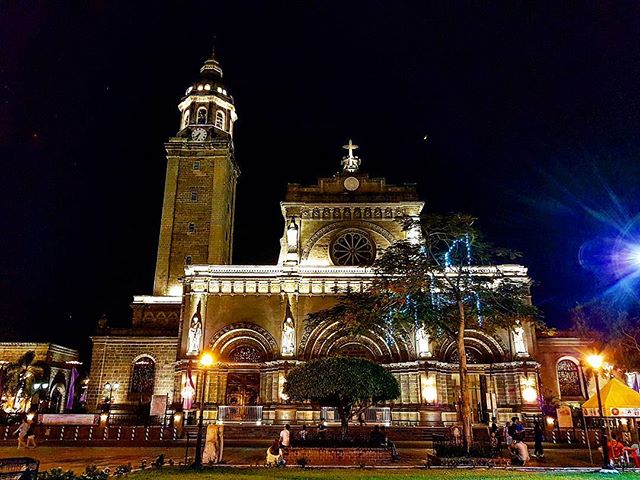 Simbang Gabi means “night mass”, which is basically what it is. Filipinos attend mass either late at night or in the wee hours of the morning for all 9 days before Christmas. We try to complete all 9 days, both as a religious practice and because of the belief that attending all 9 masses will grant you a wish.

To go with the season, churches are decorated to add a Christmas flair, and vendors often sell local Christmas goods like bibingka and puto bumbong outside after the mass.

5. Indulging in Christmas food like bibingka and puto bumbong 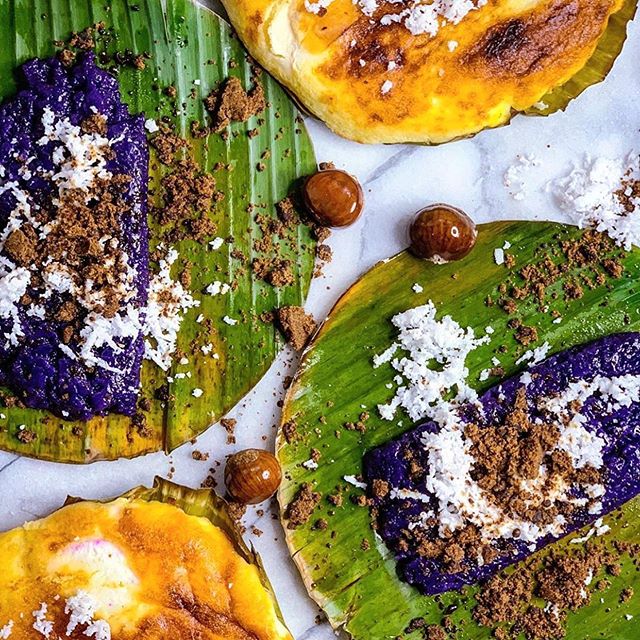 Staying up or getting up for Simbang Gabi might make you hangry, but a serving of bibingka and puto bumbong should do the trick and calm you down. These are the two most popular and most loved Christmas treats that Filipinos never miss out on.

Both are variations of rice cakes – bibingka is baked in clay pots and leaves, while puto bumbong is steamed in bamboo tubes.

6. Caroling from house to house 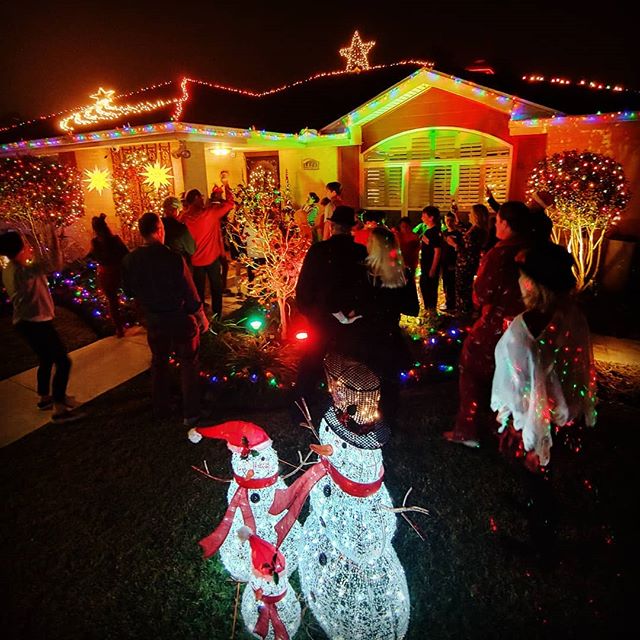 For most countries, Christmas caroling means a whole production of good vocals, coordinated outfits, instruments, and well-practiced Christmas tunes. For us, it’s become a humorous affair.

Filipino kids and adults alike go from house to house, starting from early December. Lyric books and Christmas costumes are ditched for recycled instruments and made up lyrics. From the a-brim-bram-brooms to the jinggom bells, caroling is a sure mark that Christmas is coming. Regular Sunday masses follow a routine, but everything is extra special on Christmas. The Christmas mass that most Filipinos attend, Misa de Gallo, differs from regular Sunday mass. It’s a celebration that includes lighting candles, projector displays, and sometimes a re-enactment of the story of how baby Jesus was born

8. Waking up for Noche Buena 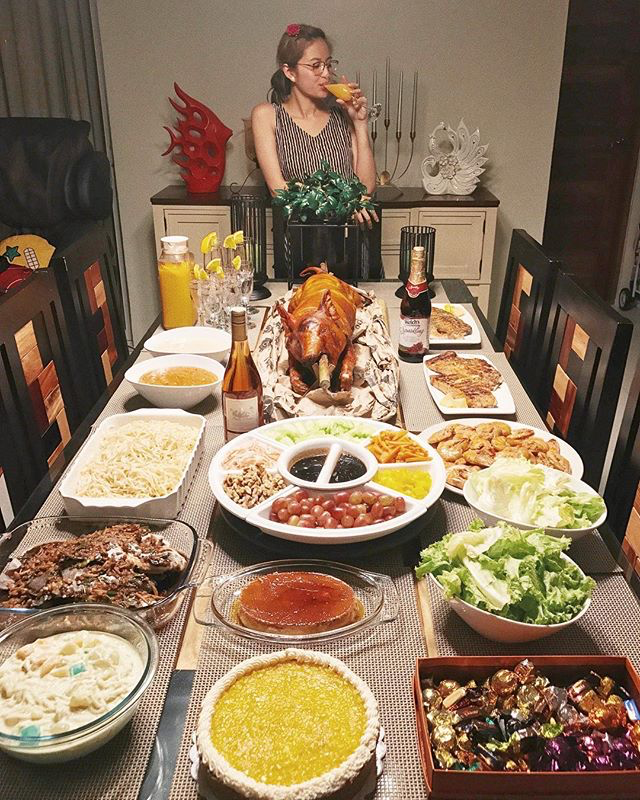 Most people eat their Christmas dinner either on Christmas Eve or Christmas night, but Filipinos often wake up at midnight to welcome Christmas day with Noche Buena, a lavish feast of traditional Filipino Christmas dishes like lechon, queso de bola, hamon, spaghetti, and fruit salad.

Most Filipino families are also separated for most of the year, with kids off at college and parents going overseas for work. The mundane act of preparing Noche Buena is also something we look forward to, because it’s a time to prep meals and cook together as a whole family. 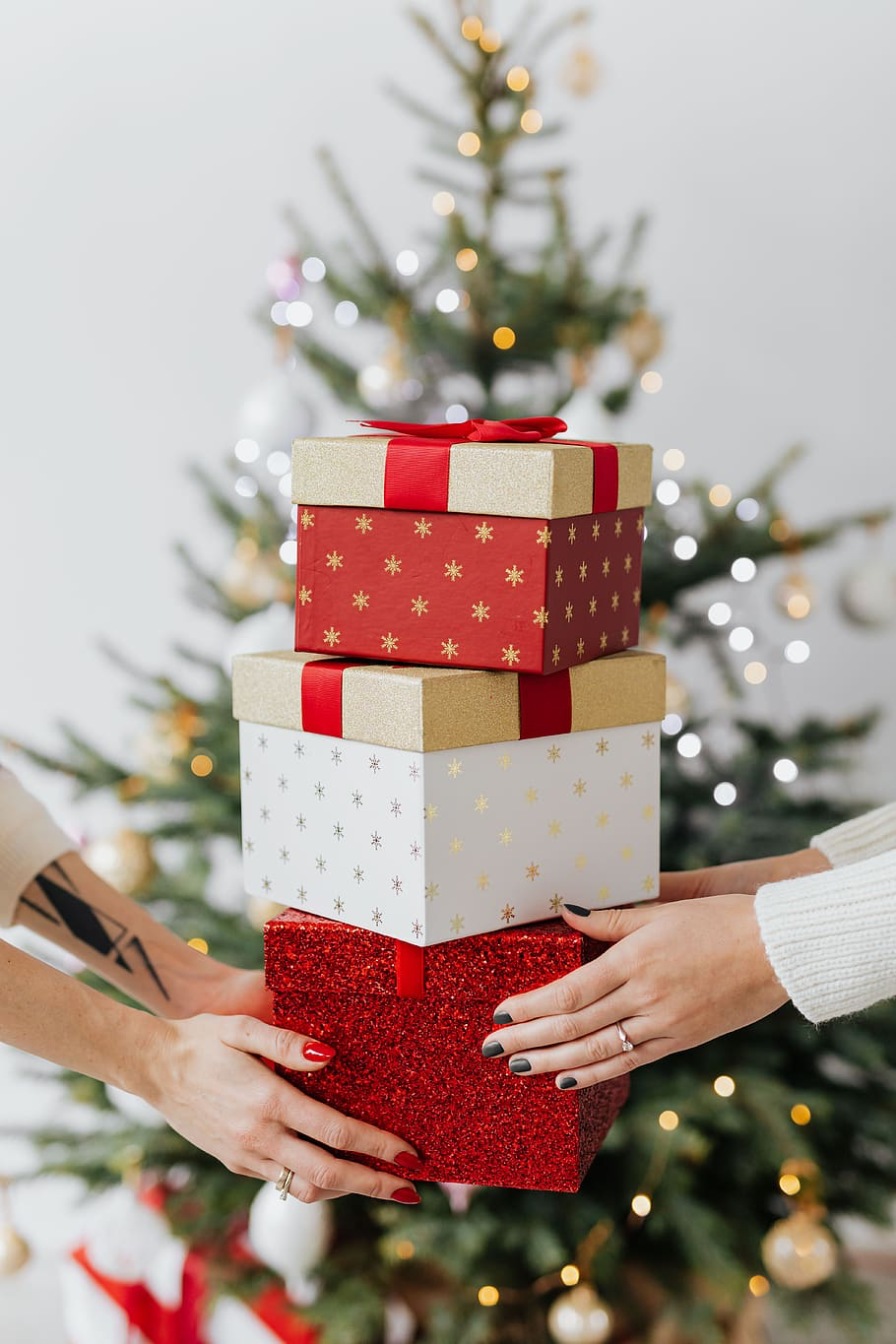 Exchanging gifts the straightforward way is boring, so we put a Filipino twist on it. Not only do you have to find the perfect present for your manita or manito, you also have to describe them, have everyone guess who it is, and sing the classic I Love My Manita/Manito Yes I Do song before giving your gift.

It sounds like a lot of work, but ‘tis the season of giving, and it’s a joy to see how happy everyone gets from all their gifts. 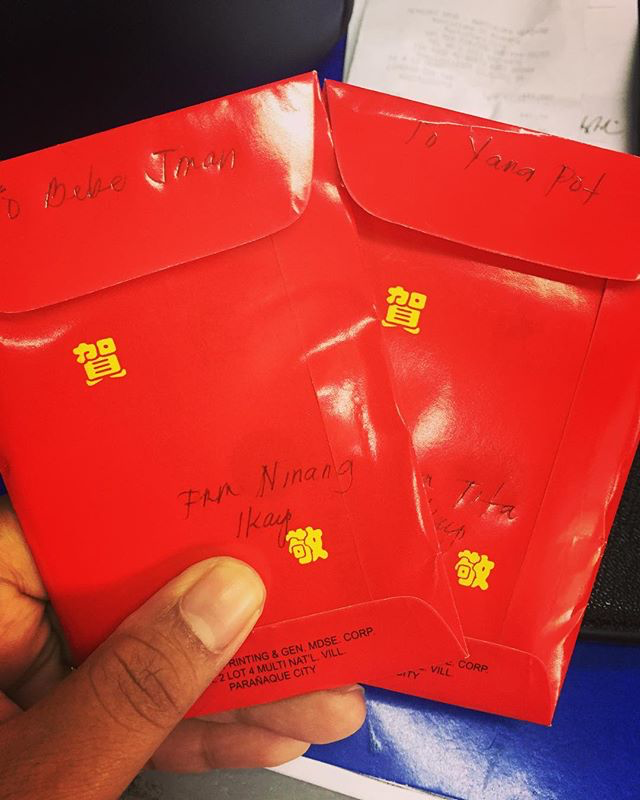 This is for the kids who are on the lookout for their ninangs and ninongs all season long. Gifts are fun to unwrap, but receiving a red envelope is just as exciting. Gifted by godparents to their godchildren, the money in these ang pao often go to savings, or a nice treat for yourself for the Christmas season. Whether you receive P20s, or the big blue ones, we should never forget to be grateful.

11. Waking up for Media Noche 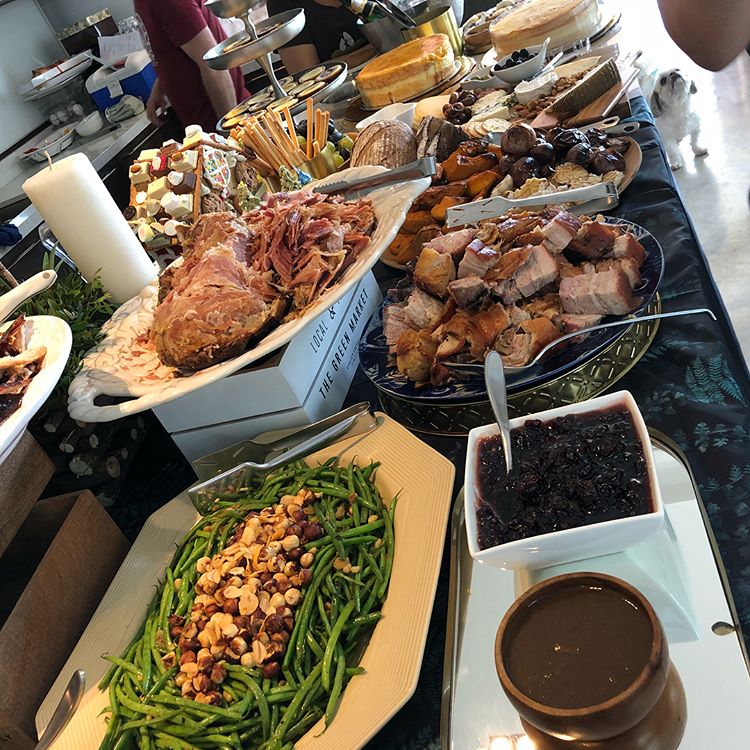 Christmas doesn’t end on the 25th for us Filipinos. While most welcome the new year by partying it up with friends, our family-centric culture observes one more lavish feast – Media Noche. The table is usually adorned with food formed into round shapes and an assortment of 12 round fruits, since circles are believed to bring in good fortune.

Aside from that, there’s also the belief that loud sounds will keep the bad spirits from entering the new year, so we make as much noise as possible when the clock strikes midnight – be it with car alarms, instruments, a torotot, or sparklers and firecrackers.

12. Ending Christmas in January with the Feast of the Three Kings 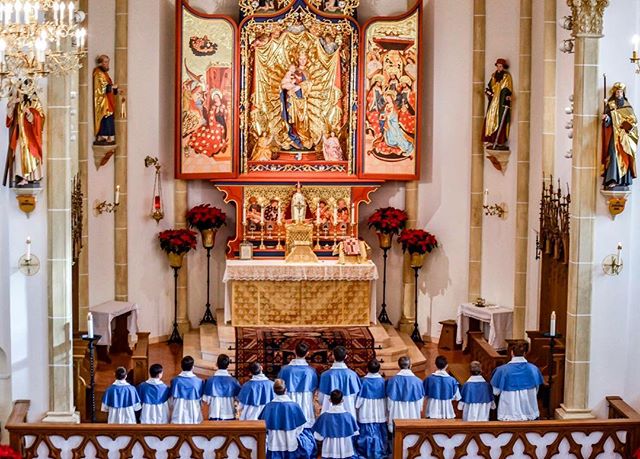 Even our priests say Christmas isn’t over until January. The Feast of the Three Kings, or the Epiphany, is the celebration of the day the Three Kings reached Jesus’ manger. It’s also considered the last day of our lengthy Christmas season. Epiphany occurs on the first Sunday of January, which means Christmas continues until well into the new year.

Christmas traditions in the Philippines

Our Christmas may not involve making snow angels or being bundled up in thick coats and scarves, but that doesn’t mean we don’t know how to have a good time. Though the Yuletide is well-known for its snowy and winter celebrations, our sunny, tropical country and our Christmas traditions makes the holiday season warm and bright. 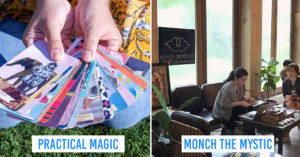 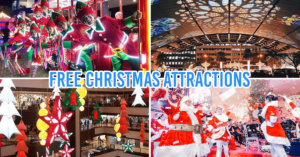