Many of us have taken to different ways of passing time while being stuck at home for the past months. Some have started working out, some have had to adjust to work-from-home arrangements, and others have spent hours on end playing video games such as Animal Crossing.

Minecraft is one of the video games that have been keeping Pinoys busy. In addition to building your own world in the game, you can now go on an online tour of historical landmarks in the Philippines. So for anyone who has ever been told that gaming can’t be a learning experience, you can add this to your list of arguments to help your case. 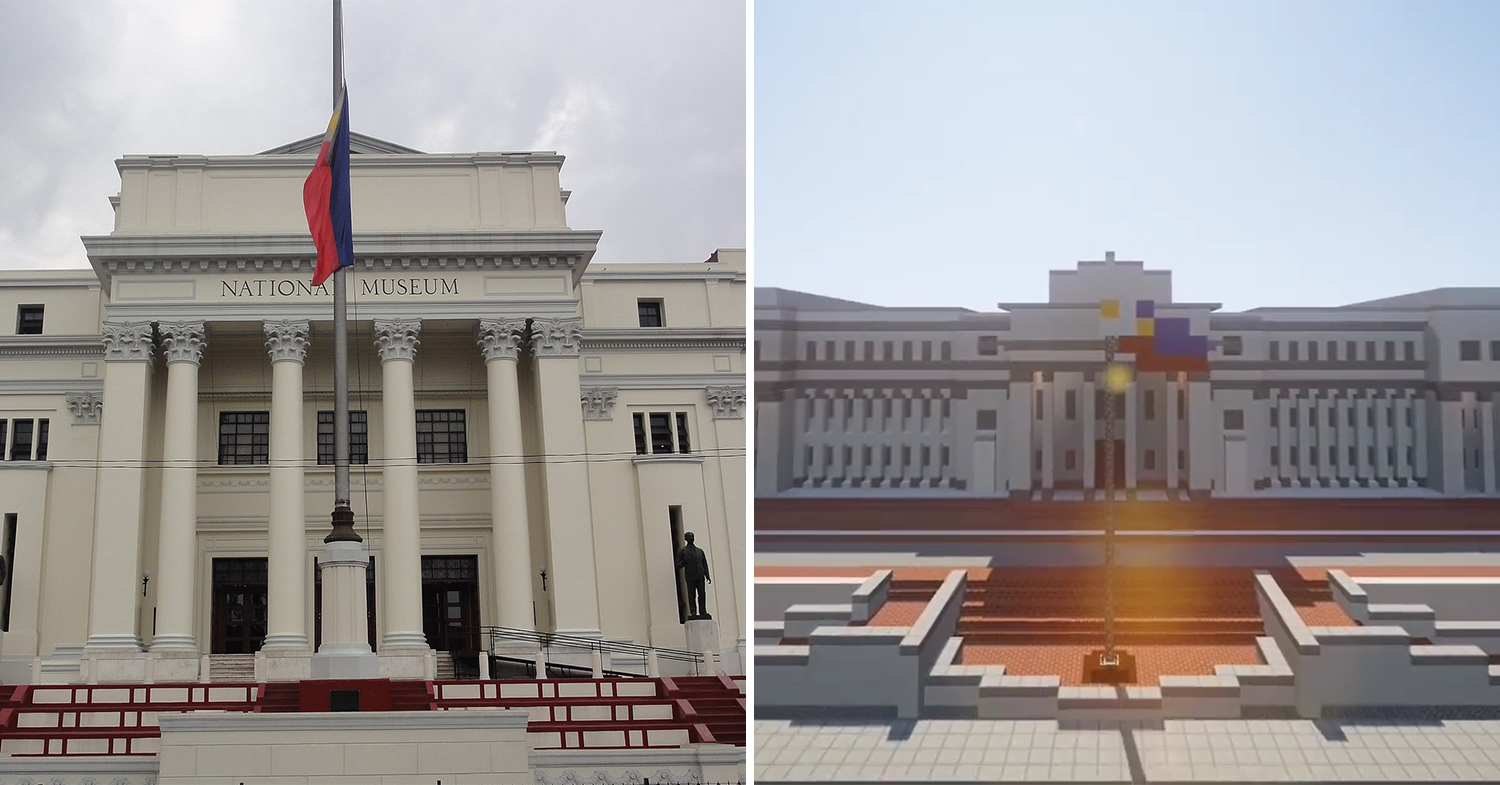 National Museum of the Philippines

Historical landmarks were once so accessible to visitors, but with the recent quarantine keeping us home, they’ve become out of reach for the time being. Fortunately, Filipino gamer and digital artist JST Creations has made these landmarks accessible, in a fun virtualway.

Digital replications of popular historical locations such as Manila City Hall, the National Museum of the Philippines, and the Rizal Monument can now be found on the Minecraft video game. The works are such good replicas of the real thing that they have even been lauded by the Department of Tourism, Culture, and Arts in Manila for being a creative way of displaying Philippine history and promoting tourism. 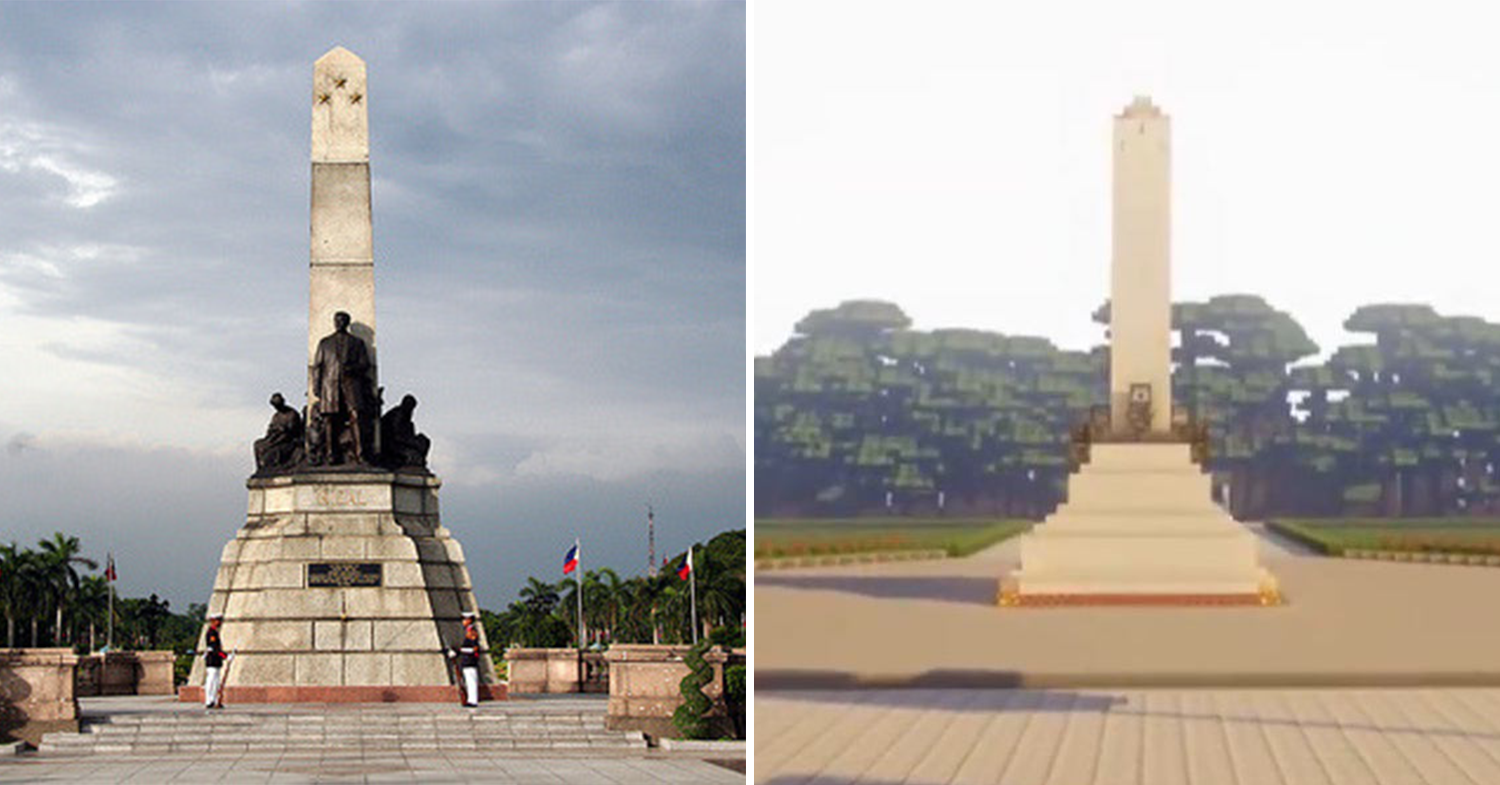 JST Creations has been doing digital art of Philippine historical locations since last year. Starting June 2019, they started dropping timelapse videos of their works on their Youtube channel, JST Creations. As of writing, the artist has made a total of 16 historical landmarks from all over the Philippines, from Manila to Iloilo to Bulacan.

Links to the downloadable map files can also be found in many of the landmark’s’ Youtube video captions, so that you can access them on the Minecraft video game.

A history lesson made fun Apart from gushing over how cool these digital works are, you can also get a historical lesson out of them.

On their Facebook page, JST Creations, they post pictures of the digitally-made historical landmark, with an educational caption about the landmark. The captions include the landmark’s history – from its origin to its current state.

So not only will you know how these landmarks look like, you’ll know how and why they came to be. Who knows, maybe it’ll inspire you to visit a museum instead of the mall once the quarantine lifts.

There’s no telling how long this pandemic will last, which is why we have to make each day count even though we’re stuck at home.

Though there’s no shame in taking our time to relax and meditate, we can also take some days to learn something new. Fortunately, learning experiences are now available in creative ways – including national landmarks in video games. 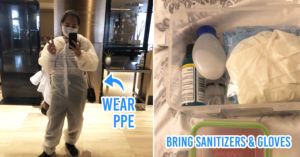 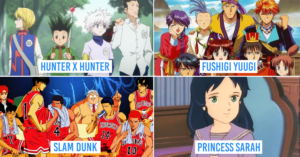