What is the GCash KKB feature?

Besides the Send Money function that most of us frequently use, the local mobile wallet app GCash has many convenient features. Among the lesser-known ownes is KKB, which stands for “kanya-kanyang bayad” or “splitting the bill”.

As its meaning suggests, the KKB feature allows you to split a bill among friends. It’s also a great help for reminding people to pay you back after going out for a meal or an activity together so you no longer have to abono or pay for their share.

Unfortunately, like all apps that involve money, GCash KKB is prone to being used for scams. The feature has been used to swindle money since 2021.

Recently, scammers have been getting more creative in using the lesser-known GCash feature. So, to avoid being scammed, check out the different types of GCash KKB schemes below.

1. Scammers promising to grow your money

Scammers are known to entice unsuspecting people by offering them an easy way to grow their money. They let people believe that it’s something akin to an investment.

Using GCash, scammers ask people to send them a certain amount of money through KKB with the promise of growing it.

These offers are often found on Facebook, so it’s best to stay away from sketchy posts from the get-go. 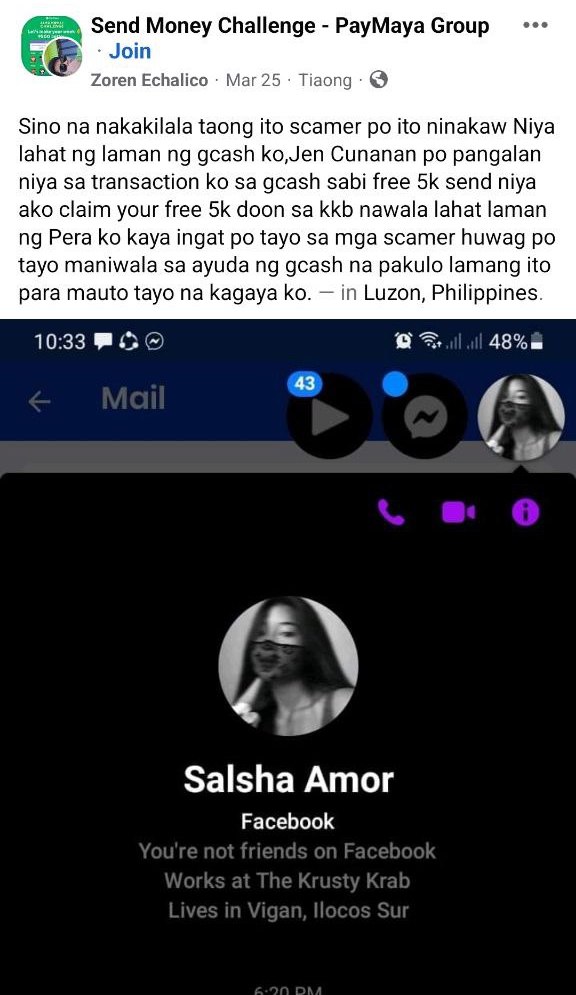 A victim posts about being offered P5,000 for free.
Image adapted from: Zoren Echalico

Sometimes, scammers even go as far as offering “free money” to their victims. Since a lot of Filipinos are always looking for ways to get extra cash though gaming apps and app sign-ups, they tend to fall for this type of scam.

Scammers use KKB by asking people to send them a small amount of money in exchange for the cash they’re giving away for free. Since their offer tends to be a sizeable amount, victims are often willing to pay the small price.

However, it’s always best to doubt offers of free money. And if it’s truly free, you shouldn’t have to give them something first. 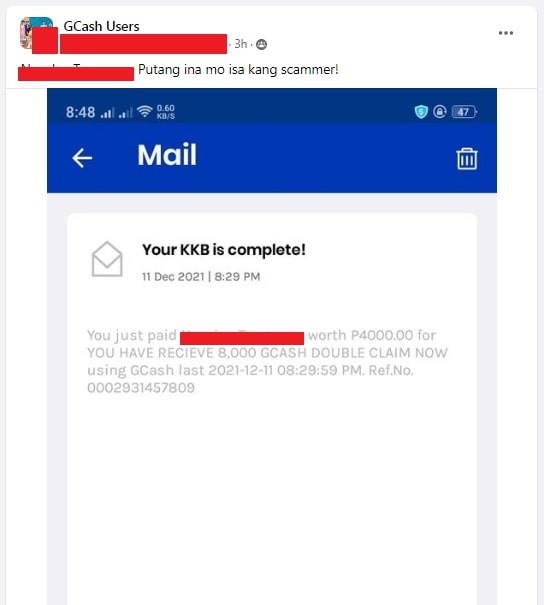 A victim was made to pay an amount to claim their “prize”.
Image credit: Titong Newbie RETRO

Some scammers don’t even need social media profiles to carry out their schemes, especially since text scams are prevalent in the Philippines.

For this, scammers inform you through text that you’ve won money and send you a KKB request. They edit the item portion to make it appear as if you’ll be receiving a huge amount of money. Thankfully, the app has been updated, so they can’t do this anymore.

By clicking “Pay PXXX”, you’ll actually lose money that may be less than or equivalent to the amount you were expecting to receive. 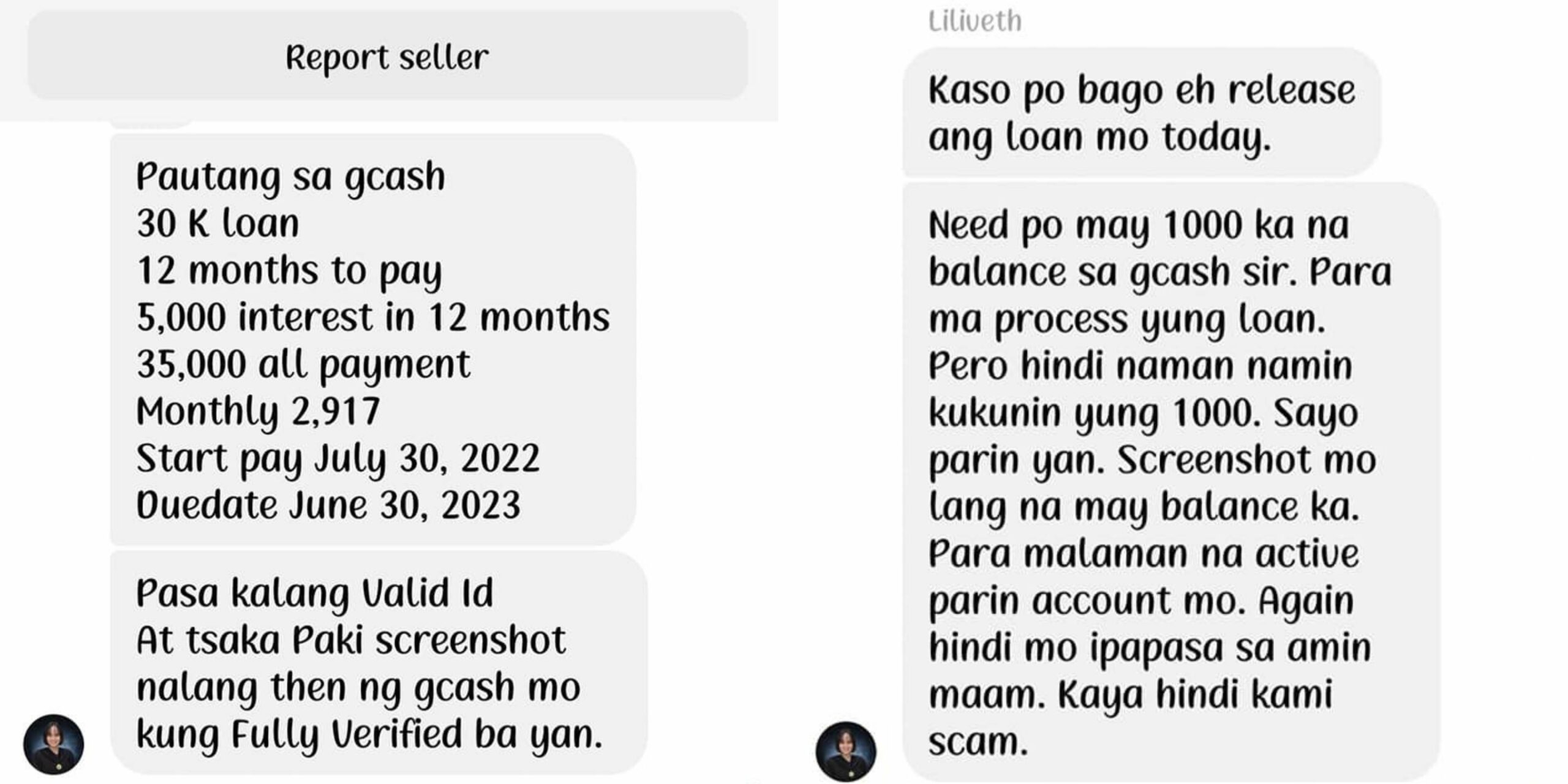 Upon getting the victim’s number that’s connected to GCash, they send a KKB request and tell their victims to pay a small amount to process their loan.

5. Calls from a “GCash representative” asking people to settle their balance 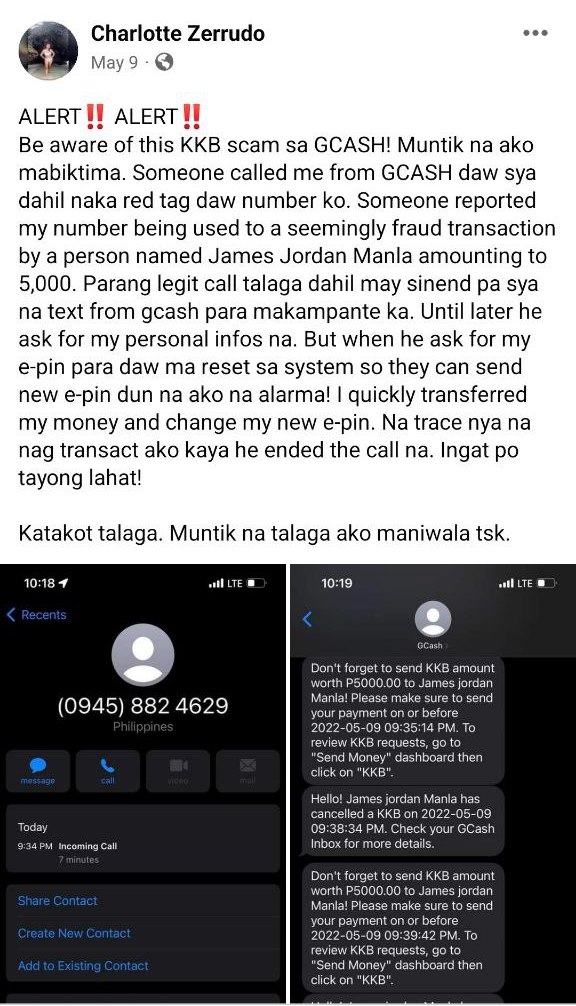 An account of how a GCash user almost got scammed by a “GCash representative”.
Image adapted from: Charlotte Zerrudo

There has also been a case where someone who claimed to be a “GCash representative” called an almost-victim, telling them that their GCash account has been put on hold due to mis-use.

People who are not familiar with the KKB feature are likely to fall to this type of scam as the scammers sending a KKB request may seem like a legitimate transaction with GCash. 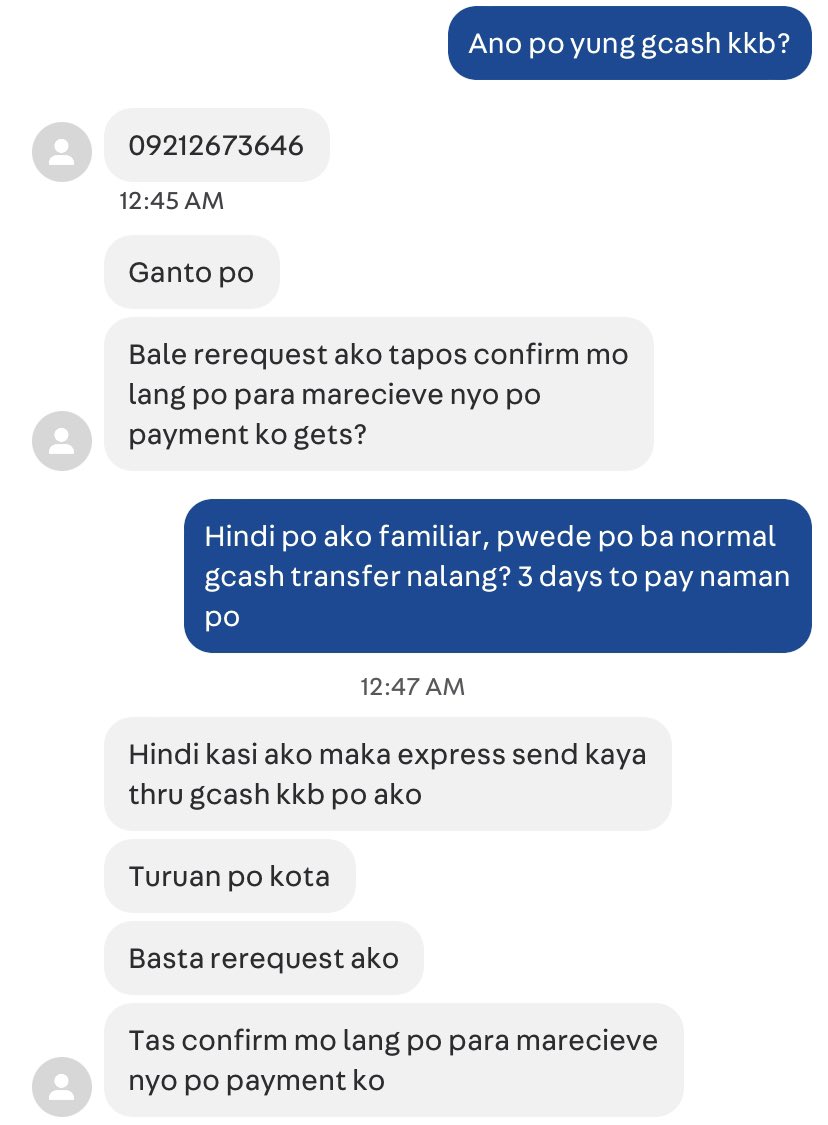 Online sellers should also be wary of scammers who pretend to be customers. These often make big purchases which they pretend to pay via KKB, without the seller knowing that they’re actually the one giving the money.

It’s best to reject customers who tell you that they will pay via KKB. Remember that in KKB, the initiator – a.k.a. the person who sent the request – is the one receiving the money and not sending it.

Also, don’t believe in buyers that pretend to pay from abroad through remittance which you can only get when you pay a certain amount.

How to report GCash KKB scams 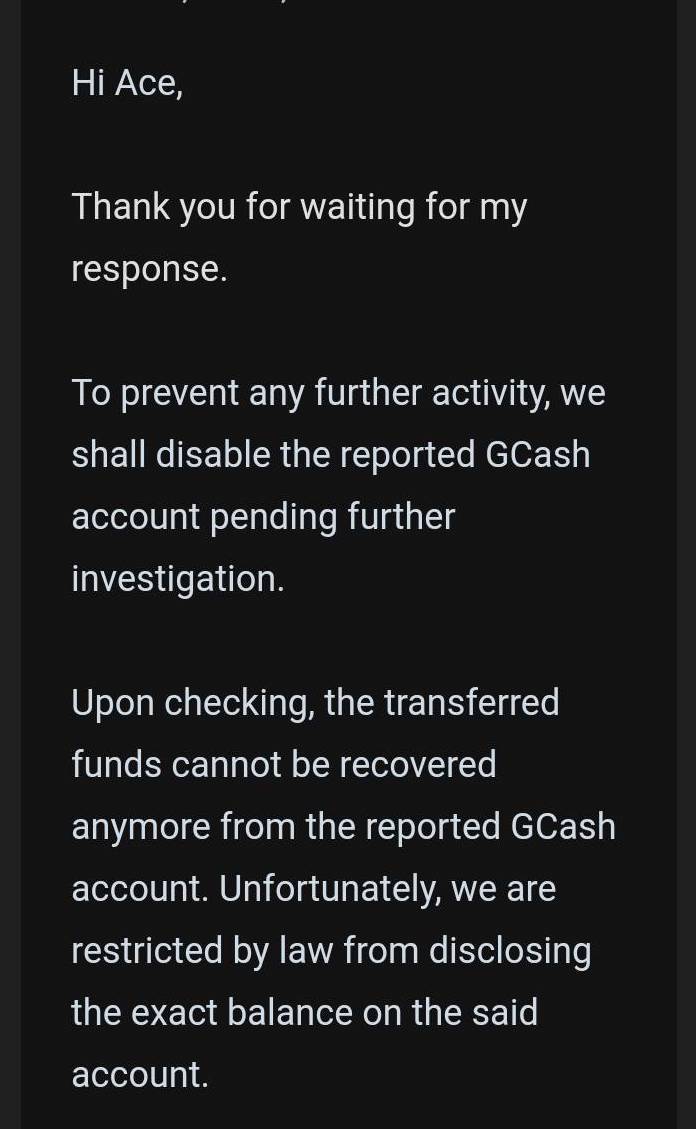 GCash’s response to a report.
Image adapted from: Cyan Light

To report a scam to GCash, you can submit a ticket through the app or send them an email at [email protected].

They can disable and investigate the scammer’s account so this doesn’t happen again. However, they may not be able to retrieve your money.

GCash is still safe for us to use. We just have to be mindful of the transactions we are doing.

For KKB, only accept requests from people you know. If you’re a seller, know that KKB shouldn’t be used for payments to you. There are other GCash feature your customers can use for that, such as send money or bank transfer via GCash.

Furthermore, never believe in monetary prizes and giveaways and loans that are too good to be true, especially if you first have to pay an amount to receive them. 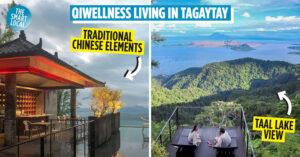