Fred’s Revolucion is an easy-going dive bar where the drinks aren’t overpriced, the pulutan (bar chow) are restaurant-quality, and the crew treat you like their barkada (friend).

It’s one of the few drinking spots in the metro where you would feel at home. The ambiance is as non-intimidating as your cool friend’s garage— where everyone loves to hang out and have great conversations over an ice-cold beer. Unlike other bars in the metro, Fred’s keeps their liquor at a reasonable price to let its patrons enjoy social drinking without breaking the bank. You can get your usual 6-bottle bucket of Pale Pilsen, Mule, Heineken and other commercial beers starting at P522 (~USD9.25). They also serve craft beer straight from the tap for a fresher and crisper beer flavor.

Those who aren’t into beers can order cocktails, including daiquiri, margarita, gin, and tonic, starting at P200 (~USD3.54) a glass. And if you prefer hard liquor’s darker and smoother texture, you can order shots of their brandy, whisky, rum, and gin. 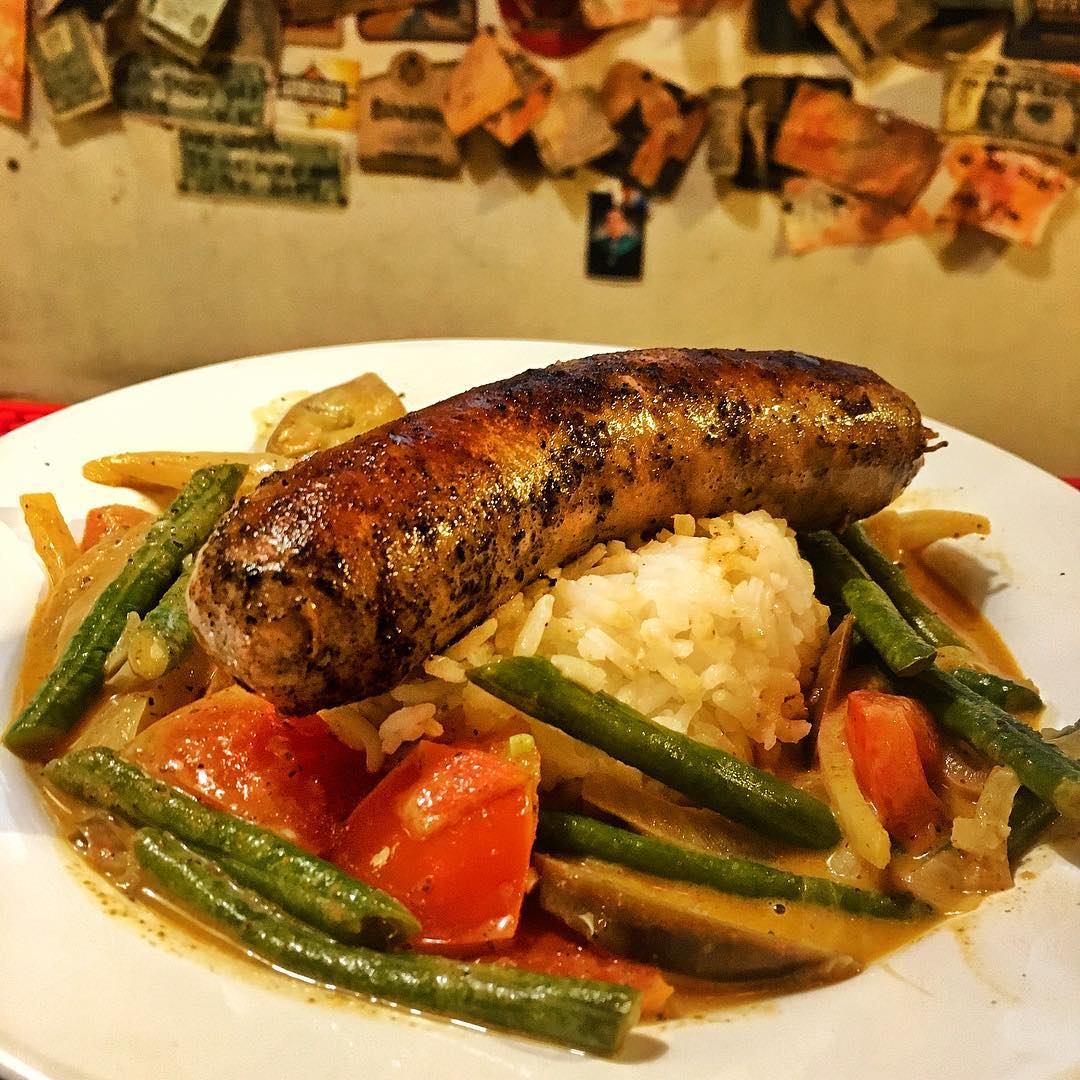 Other dive bars sometimes have limited food selections since most patrons just go there for drinks, but not at Fred’s Revolucion; here, you know your food is cooked fresh as you order. Their menu has a diverse selection, from Filipino fried pork to Thai noodles. Some of our favorites include their split banger and mash (P248, ~USD4.39), a large bratwurst with mashed potatoes and gravy; Ho Chi Wings (P288, ~USD5.10), which are crispy chicken wings drenched in a sweet and spicy sauce, fondly named after Vietnamese leader Ho Chi Minh. 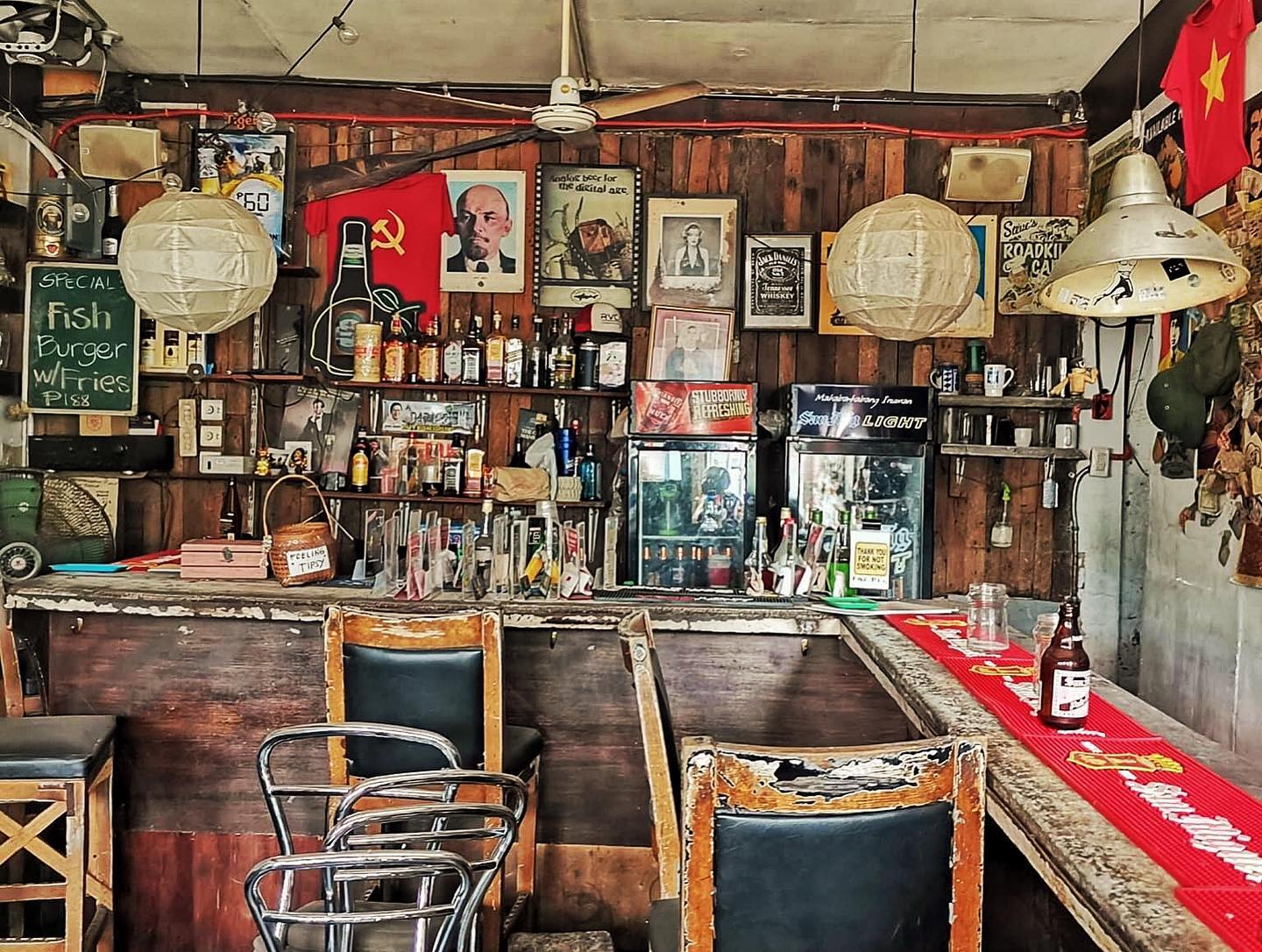 Fred’s Revolucion has two branches; one in Cubao Expo in Quezon City and another in the historic First United Building in Escolta, Manila. These spots are famous hangouts for those into the counterculture or non-mainstream. 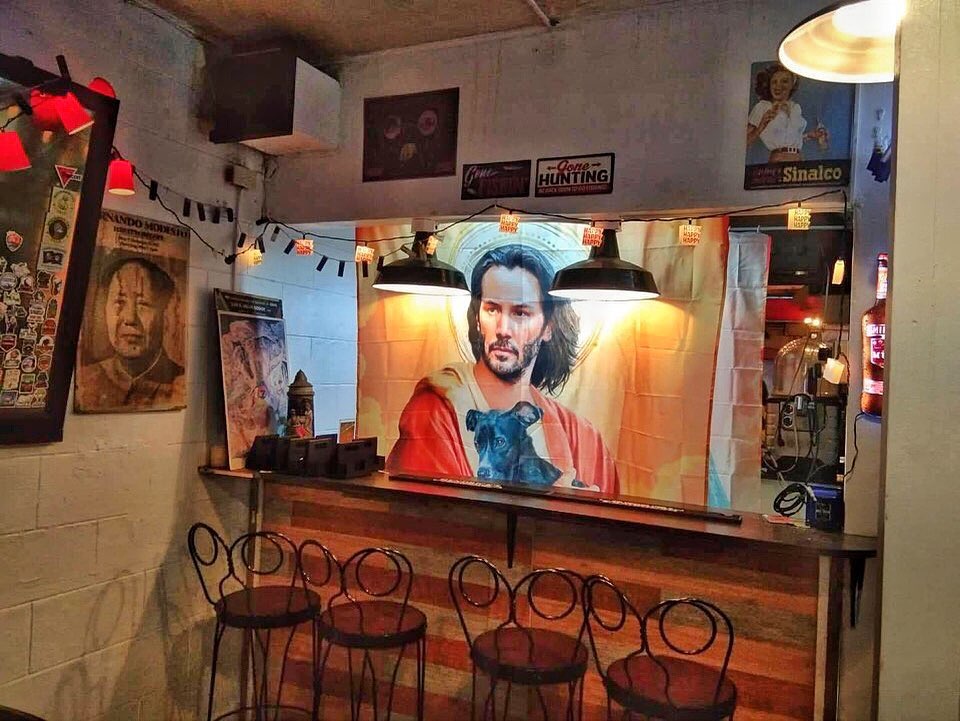 Both branches have primarily wooden furniture with apparent signs of wear, making it look more rustic than polished. Photographs of socialist imagery line the walls alongside beer cans and several vintage signages. Recently, they even added banners of Keanu Reeves and Snoop Dogg in religious robes just for the heck of it.

If you’re looking for a no-fuss drinking spot, Fred’s Revolucion might be that one place you’ll always return to. Enjoy restaurant-quality meals and a laid-back environment where you can enjoy a cold one with the barkada (friends).

Other drinking spots in the Philippines: 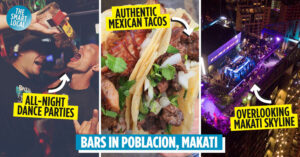 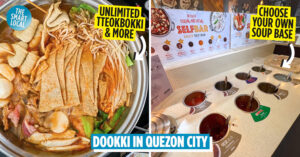