As we avoid stepping outside our homes as much as possible, many of us have relied on the services of hardworking delivery riders who brave the streets outdoors during a pandemic, just so we can have our goods delivered to our doorsteps.

Delivery superheroes from GrabFood to Foodpanda 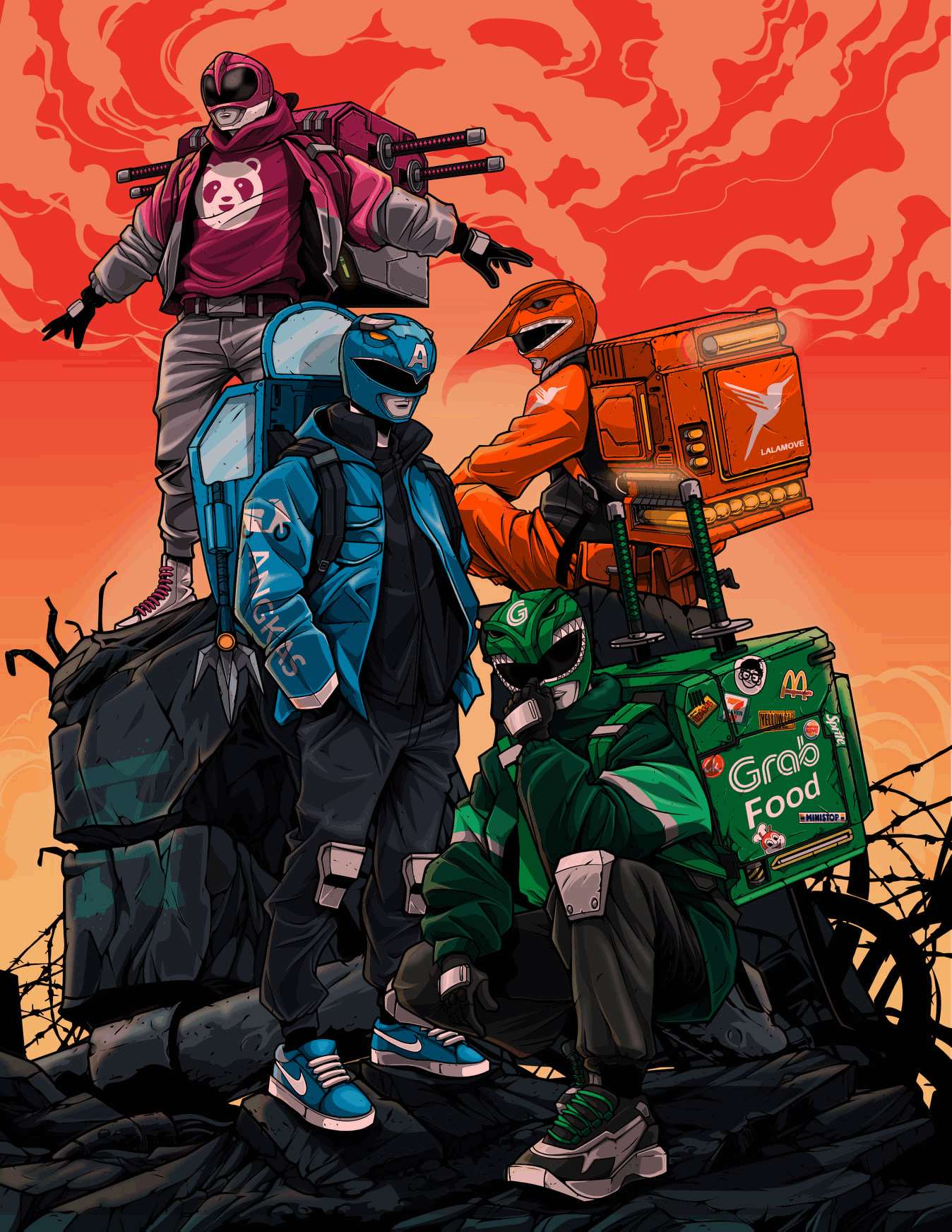 Illustrated in strong colors and heavy strokes, the delivery characters are all wearing jackets representing different courier services, each with their own distinctive weapons, starting from an illustration of a GrabFood rider’s swords thrust into a delivery bag.

A netizen called the swords katanas, or the Japanese swords used by samurais, and even joked that “those katanas better not puncture my [food] packaging.” Ahamad Emran also jokingly hoped that the food inside the rider’s bag wasn’t damaged by the swords. 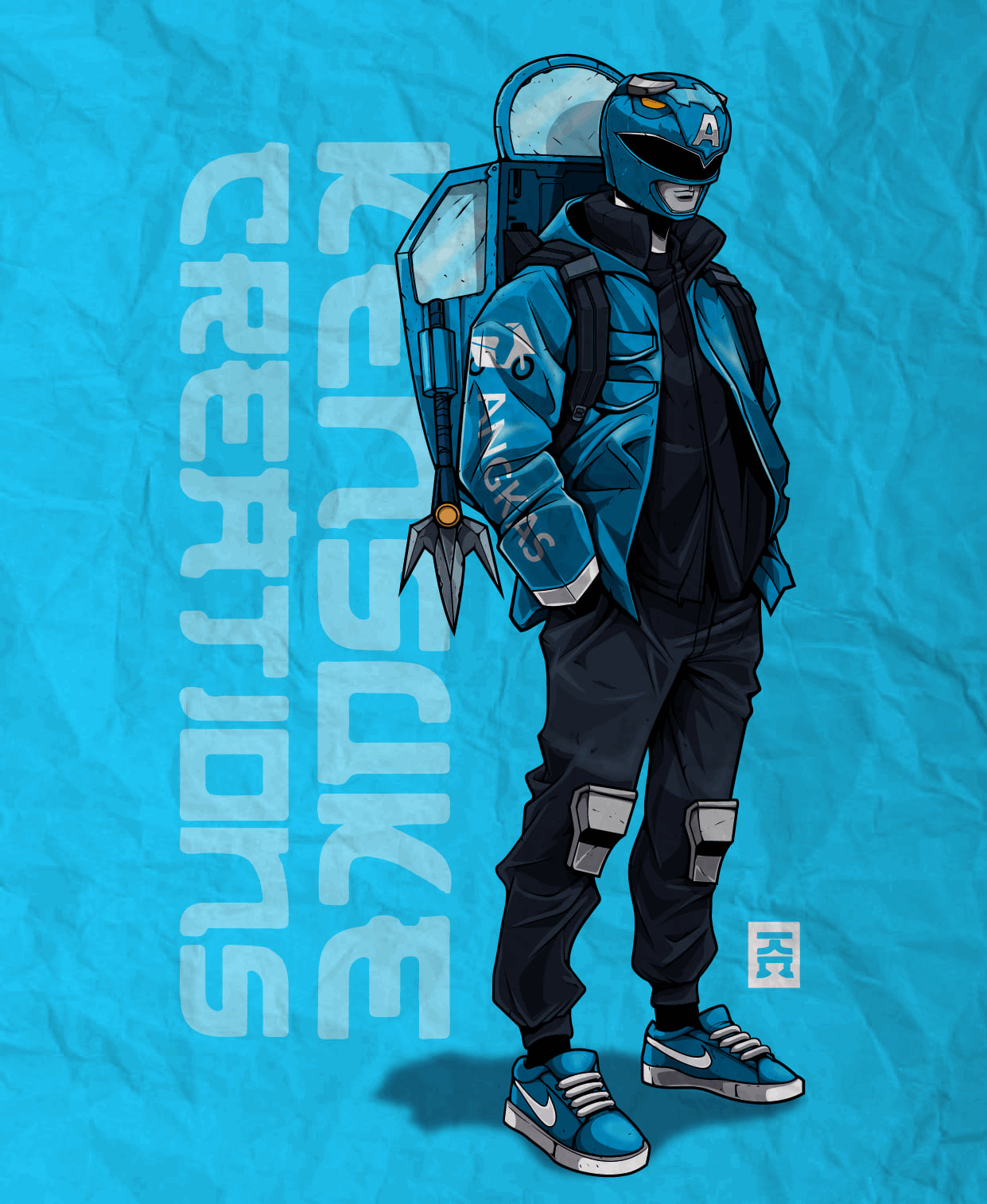 Another illustration shows an Angkas rider, standing chill with two hands inside his pockets, armed with a three-pronged spear. Netizen Kharl Adrias saw the humor in the Angkas rider’s easygoing demeanor, so he commented with a photo of a famous meme starring a solemn man standing straight with his legs together, captioning it, “Same vibes. Lol.” 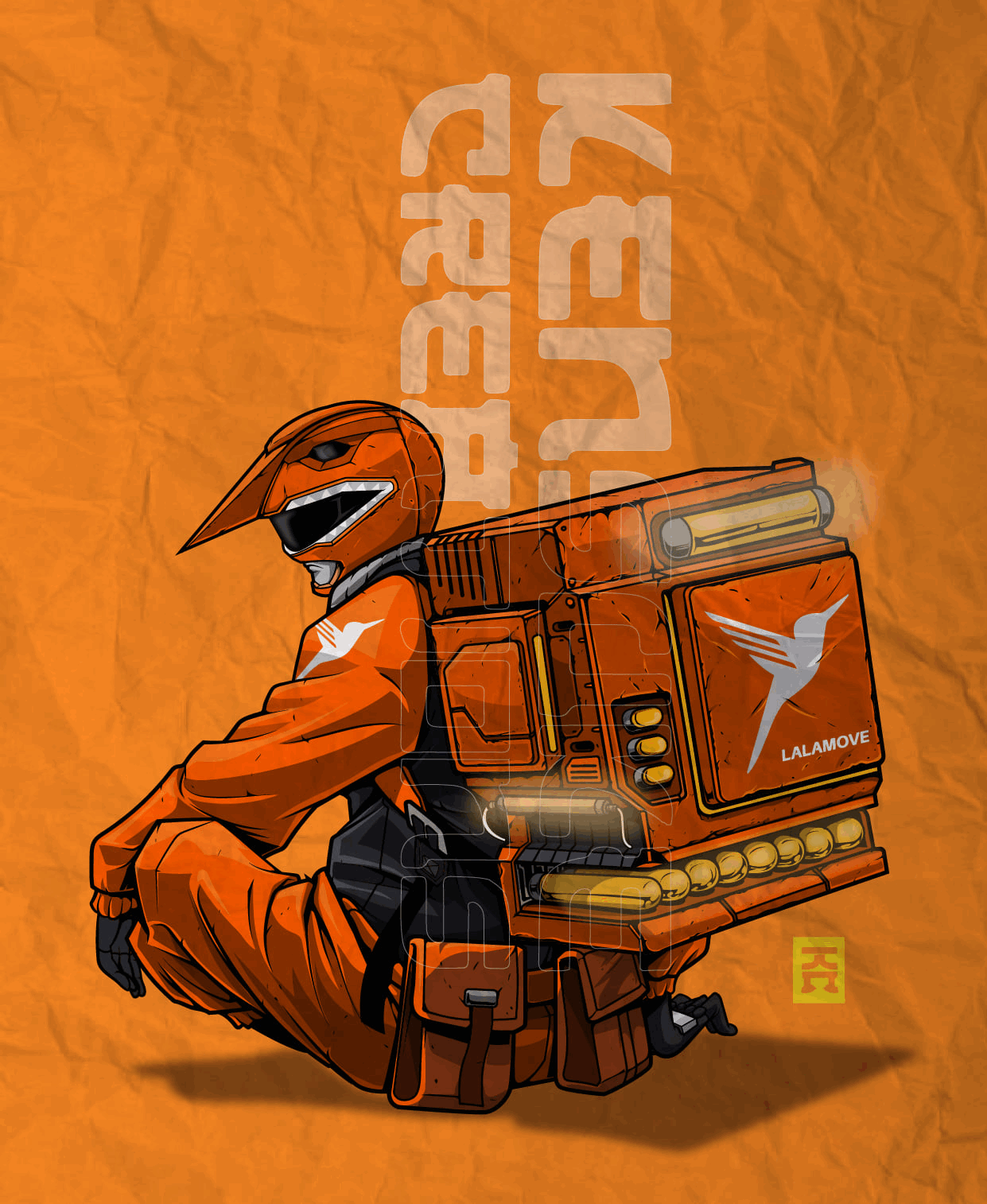 In the next illustration, a Lalamove rider is sitting with his futuristic bag packed full of what seems like batteries.

Netizen Noriel Marcos noticed that the Lalamove rider seemed quite sad, however. He acknowledged the rider’s sadness in a comment and expressed his empathies. 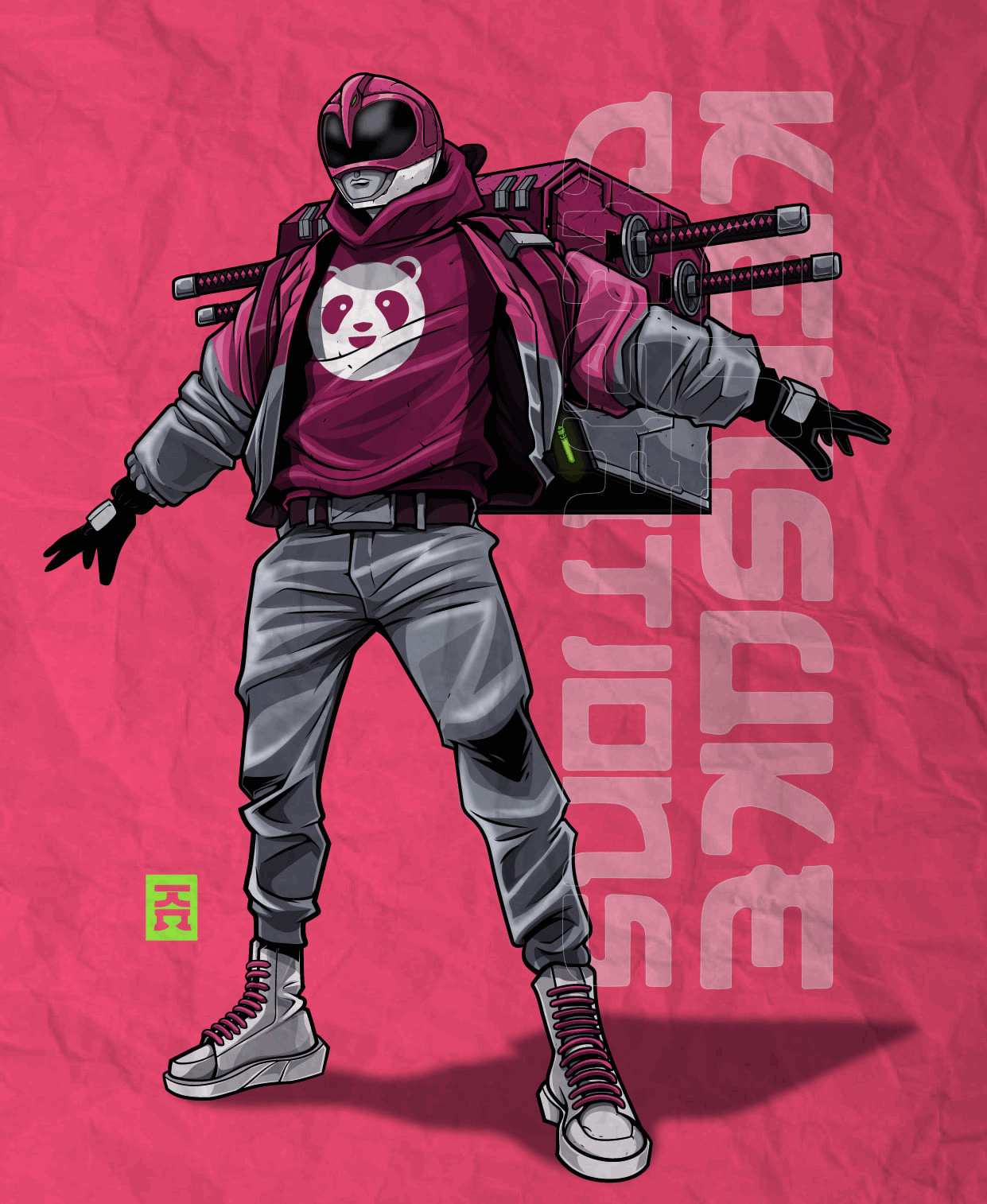 And in another illustration, the Foodpanda rider is drawn with his arms stretched and with his bag featuring slots that hold two long swords. Christian David noticed that the rider’s pose is similar to a T-pose, a type of pose in animations and games where a character is standing straight with their arms stretched horizontally. So he commented with a GIF showing the pose that has long become a meme among artists and gamers. Hensly’s futuristic artworks are mostly inspired by characters from pop and street culture. Aside from the delivery superhero illustrations, he has also drawn a cyborg version of Totoro from the Japanese animated film My Neighbor Totoro, and Eleven from Stranger Things. 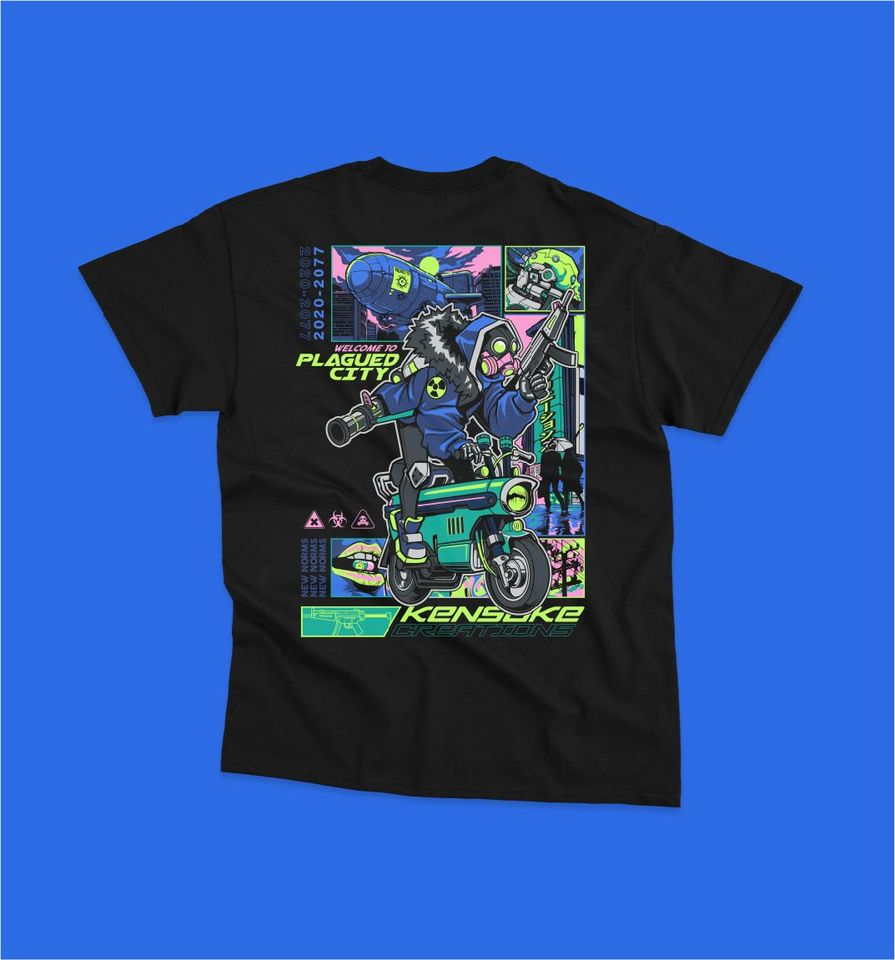 And if you like his style, you can actually wear his creations. He also sells T-shirts printed with his illustrations, and each sells at P800 (~USD16.46) on his online Facebook store.

Paying tribute to our delivery riders

Hensly’s artworks show how our delivery riders, who brave the streets amidst the heat of the sun and traffic despite the ongoing pandemic, are indeed deserving of our admiration.

Let’s be kind and thankful to them every chance we get whenever they knock on our doors to bring us our orders.