Filipinos evacuate from Ukraine in the midst of war

With the President of Russia, Vladimir Putin, declaring an invasion of Ukraine, Filipinos who reside in the country have immediately been in touch with the Department of Foreign Affairs (DFA) for safety and evacuation assistance.

40 have safely arrived in Lviv, Ukraine, so far, with 13 making it out to neighboring Poland.

DFA advises the estimated 380 Filipinos in Ukraine to take caution

According to a Philippine News Agency article, an estimated total of 380 Filipinos are residing in Ukraine. However, only 181 Filipinos have been in contact with the DFA.

Foreign Secretary, Teodoro L. Locsin Jr., ensures Filipinos that they are on high alert for those who wish to be repatriated.

Moreover, while organizing evacuation efforts, the DFA advises Filipinos who are still in Ukraine to be safe and careful with their actions until they’re given help.

40 Filipinos have been safely evacuated to Lviv from Kyiv, the capital of Ukraine
Image credit: Department of Foreign Affairs

After communicating with the Philippine embassies in Poland and Hungary, 40 Filipinos have managed to exit Kyiv, Ukraine’s capital, and have been evacuated to Lviv in Ukraine. They are awaiting further instructions and information. Meanwhile, Locsin welcomed 13 evacuees at the Rava-Ruska-Hrebbenne Border Crossing Station in Poland after they spent five hours waiting on board a bus.

Even though they have already been evacuated, some Filipinos in Poland remain undecided whether they would stay or go home. Undersecretary Sarah Arriola mentioned that the reason for this is either because of work reasons or their family members who may still be in Kyiv, and DFA is hoping that the issue will be resolved soon.

For Filipinos still in Ukraine

Filipinos in Ukraine should be rest assured that the DFA is there for you to turn to if you need help. As much as possible, make sure to stay safe and remain observant, and if possible, contact the Philippine Embassy in Poland.

For those near the borders of Moldova and Romania, you may contact the Philippine Embassy in Budapest. 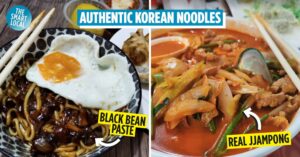 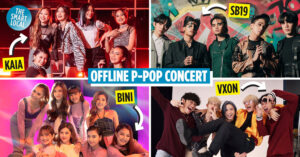