Standards for Filipino dishes only for international promotions

Adobo (pork or chicken marinated and stewed in soy sauce) tastes different in each household – it can be salty or sweet and saucy or dry. Due to the well-known and loved differences in recipes, the Department of Trade and Industry (DTI) received backlash from netizens after announcing on 9 July that they have established a technical committee to set standards for adobo and other Filipino food.

To address this, the department clarified through a Facebook post on 11 July that the standards for Filipino food that they will be releasing are only for international promotions. 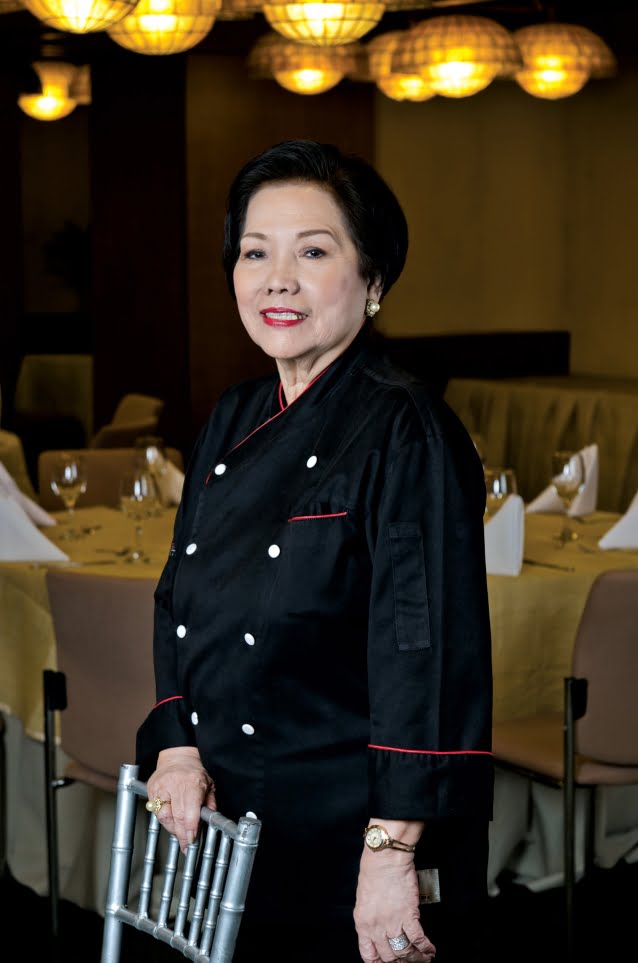 On 9 July, the Bureau of Philippine Standards (BPS) under DTI released a statement that the technical committee TC 92 has been formed to come up with a Philippine National Standard on Filipino dishes. These dishes include adobo, sinigang (pork, fish, or shrimp in sour soup), sisig (chopped pork jowl, ears, liver with onions and chili), and lechon (roast pig).

According to the BPS, they have begun developing a standard on the Pinoy adobo since 11 May with the cookbook Kulinarya: A Guidebook to Philippine Cuisine as a reference.

TC 92 is headed by Glenda Barretto, a co-author of the cookbook and also the founder of the established Filipino food company Via Mare Corporation.

DTI’s statement on the standardization of adobo 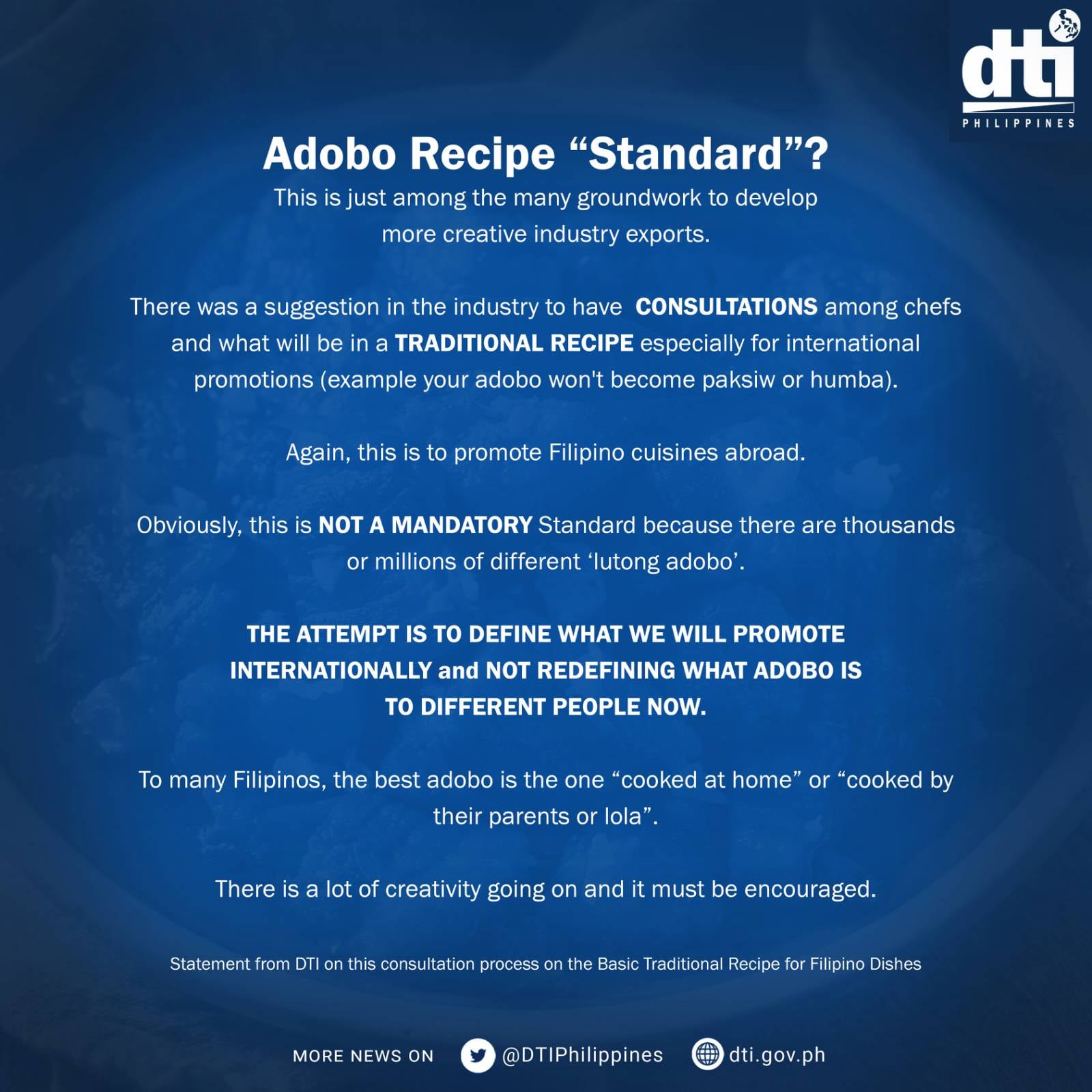 After receiving online backlash, the DTI clarified through a Facebook post on 11 July that the standards will only serve to pinpoint the basics of cooking adobo. The original DTI announcement also stated that the standards for adobo aim to address recipes posted online by bloggers and vloggers.

Assuring that anyone can still cook the dish as they please, DTI’s Facebook post also stated that the standards on adobo will not be mandatory.

Adobo standards only for global promotion

The DTI said Filipinos have nothing to worry about about the Philippine National Standards on adobo, acknowledging that there are a multitude of variations of the dish and that the best adobo for many Filipinos is the one cooked by their loved ones at home.

This move by the DTI is simply to ensure that our well-loved adobo is promoted in its truest form abroad. 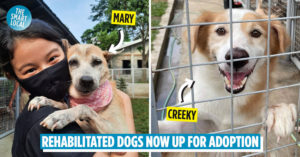 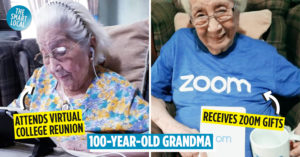